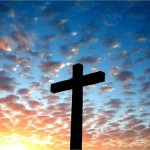 Is the Just War Tradition Compatible with the New Testament?

In a September 2016 opinion piece in the National Catholic Reporter[1], Prof. Roger Bergman of Creighton University takes issue with the final statement of the April 2016 Nonviolence and Just Peace Conference, “An Appeal to the Catholic Church to Re-Commit to the Centrality of Gospel Nonviolence.”[2] Among other criticisms, Bergman identifies the statement’s treatment of the Bible as a special weakness. He writes, "[T]he New Testament does not require jettisoning the just war tradition that arose in post-biblical times. While the teaching of Jesus does not explicitly provide a warrant to using force to defend neighbors against attack, neither does it prohibit using force when other means are lacking. Love of enemies is not necessarily incompatible with participation in just war. On the other hand, refusing to defend the innocent, by force if necessary, may be incompatible with agape."

In support of his position, Bergman makes three points. First, he states that Jesus’ own “example of not using force to defend himself (a bilateral situation) does not tell us what he would have done if he came across an aggressor attacking an innocent victim (a multilateral situation).” Second, Bergman wonders what “the good Samaritan would have done had he arrived during the beating, not after.” Third, Bergman asks what Jesus would have done if the mob who wanted to stone the woman caught in adultery had not gone away peacefully: “Could Jesus have prevented her death by his self-sacrifice?” Essentially, Bergman offers an argument from silence: because Jesus does not explicitly prohibit the use of force to defend one’s neighbors against an attack when other means are lacking, such use of force must be permissible, if not obligatory.

How well does this argument hold up against the evidence in the New Testament? To begin with, there is no question that Jesus was nonviolent and taught his followers to be nonviolent. He instructed them, not only not to kill, but not even to be angry with another (Mt 5:21-22); not to retaliate if assaulted, but to turn the other cheek (Mt 5:38-39; Lk 6:29); and to love their enemies and pray for their persecutors (Mt 5:44; Lk 6:27-28, 35). He told the parable of the Good Samaritan to make the point that love of neighbor must extend to those in need outside one’s own community, even to an enemy (as Jews and Samaritans were to each other) (Lk 10:29-37). Jesus himself did not resist when he was arrested and brought to trial, and he died asking God to forgive his executioners (Lk 23:34). Bergman presumably views these various statements and examples as bilateral situations that do not speak to the defense of the innocent.

But given Jesus’ rejection of violence in every situation he addressed, how likely is it that he would have condoned or advocated violence in other situations? As it turns out, Jesus also addressed multilateral situations. He declared “blessed” those who work to bring peace to others in conflict (Mt 5:9), not those who take up arms to defend others by force. “No one has greater love,” Jesus said, than “to lay down one’s life for one’s friends” (Jn 15:13), not “to kill others for one’s friends.” And most significantly, in the Garden of Gethsemane, Jesus refused to allow others to defend him with violence, teaching them that even the defense of the innocent does not justify the shedding of blood (Mt 26:51-52; Lk 22:49-51).

When a mob brought to Jesus a woman caught in adultery, evidently prepared to stone her to death (another multilateral situation), Jesus defused the situation nonviolently (Jn 8:1-11). Bergman asks what Jesus would have done if his nonviolent approach had failed. Can anyone seriously imagine Jesus pulling out a sword and hacking and thrusting his way through the stone throwers? Is it not far more likely that Jesus would have used his own body to shield the woman, without regard for his own welfare?[3]

Moreover, we have the larger New Testament context to consider. Jesus and his followers lived under a military occupation that could be quite brutal, with Roman officials like Pilate and Jewish client officials like Herod ruling with an iron hand. Flogging, stoning, beheading, and crucifixion were evidently common. But we do not see Jesus and his followers taking up arms to defend their neighbors against the violence of the occupiers. Even when someone close to Jesus, John the Baptist, is arrested, Jesus does not launch an armed rescue mission, but withdraws to Galilee (Mt 4:12). The Zealot party advocated violence against the Romans, but Jesus refused to take up their cause and even extended kindness to an officer in the occupying army (Mt 8:5-13). Jesus’ contemporaries thought the Messiah would be a military figure like King David who would overthrow their oppressors, but Jesus rejected that role and appears instead to have identified with the Suffering Servant of Second Isaiah (e.g., Mk 8:31, Mt 12:17-21; Lk 24:26).

Bergman asks, “At what point does the commitment to nonviolence become complicity in violence?” Jesus’ commitment to nonviolent love was unequivocal. Does that make him complicit in all the violence he failed to prevent? Bergman may wish Jesus had told a different parable in Lk 10, with the Good Samaritan arriving “during the beating, not after.” But Jesus didn’t need to tell that parable, for he showed us with his own life how the Good Samaritan would have handled that situation, by laying down his life if necessary, for love of the neighbor in need. In short, Bergman’s attempted argument from silence is drowned out by ample evidence that Jesus rejected the use of violence for any reason.

The early Church likewise forbade participation in war, showing that they understood full well the implications of Jesus’ teaching and example. The notion that Christians can wage war as long as they kill with love for the enemy in their hearts is as foreign to the New Testament as it is to reason and experience.

3 “[R]efusing to defend the innocent…may be incompatible with agape,” Bergman says, but that hardly means such defense must include the use of lethal force against the aggressors.