Standing on the Side of Love

Standing on the Side of Love 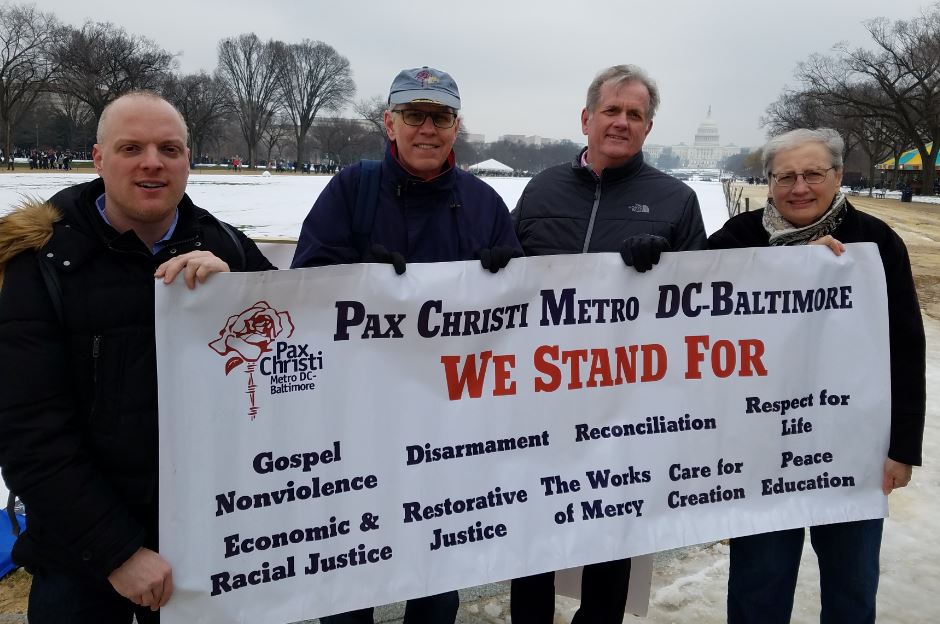 Since I retired, most days I walk to morning Mass. And almost every time, just outside the chapel, I pass a car with a bumper sticker that says, “Vote Left and You’ll Lose Your Religious Freedom.”

I instinctively recoil. My beloved church, like the world at large, is growing ever more polarized between left and right. Religious freedom is an important principle, enshrined in our U.S. Constitution. But the religious right uses the term as a dog whistle to celebrate its fixation on homosexuality, abortion, and a narrow range of related “life issues.”

We care about life and about religious liberty on my side of the divide too. It took me 70 years, but I’ve come to see abortion clearly as violence, inconsistent with Deuteronomy’s command to choose life and Jesus’ admonition to put away the sword. We lefties want babies to be born and we also want them and their families to enjoy a decent standard of living. And we decry discrimination against any religious group in any country, whether it’s Christians in North Korea or Muslims in North America – specifically, the U.S.

We put our energy toward opposing war (nuclear and conventional), capital punishment, racism, and other entrenched systems of structural violence and injustice, while doing what we can to welcome immigrants and protect the environment.

I’m an activist. Believe me, I never set out to be a church lady, and I’ll confess to a bit of a fish-out-of-water feeling at some church events over the years. I’m bookish, too, and not great at small talk. With all that, I’m only slowly getting to know the other folks who attend my morning Mass.

A while ago, though, leaving the chapel, I saw a woman having a hard time with two canes and several packages and asked how I could help. We stood outside and talked afterwards. She mentioned the medical condition that caused her lameness and then a few other conditions she struggles with, all in a cheerful and matter of fact way. Sylvia (I’ll call her) explained that she had been an inconvenient pregnancy, born very prematurely and not expected to live. Her young mother was advised to go home and leave her in the hospital to die “naturally.” Instead her mother stayed with her, fought for her survival, and patiently nursed her through what turned out to be an almost endless series of medical procedures. In time Sylvia received a good education, married, and had children. She gives thanks to God and her mother for every day of her life.

Since then she and I chat for a few minutes almost every day. Some days she’s more upbeat than others, but she’s generally the kind of positive person I enjoy knowing.

And the other day, arriving a bit earlier than usual, I saw my new friend drive up in the car with the “Religious Freedom” bumper sticker.

May 3 would have been Pete Seeger’s 100th birthday, and the celebration we went to included songs he wrote and some he didn’t write, but sang, like the old union organizing song “Which Side Are You On?”

I’m all in for the unions—and I recoiled from that question the same way I did from that bumper sticker. My soul wants to lie down in Rumi’s field “beyond ideas of wrong-doing and right-doing.”

I know there is evil in the world and we can’t blame it all on the devil, but I try to think in terms of systems. The God-given goodness of every life, no matter how inconvenient, unlovely, or even dangerous its packaging, is the foundation of my peace ethics. I don’t want to take sides.

And yet I do it all the time.

So I’m planning to get to know Sylvia better. We’ll have coffee together after Mass, and I’ll hear more of her story. I’ll tell her a bit of mine. Her bumper sticker will stay put, I’m sure, and the ones inside my skull probably won’t budge by much. I hope, though, that the next time I bristle at somebody’s dog whistle, I’ll pause to be curious about their life experience. I hope I’ll consider the possibility that they believe they’re standing on the side of love, just as truly as I believe I am.

Photo: Pax Christi Metro DC-Baltimore members and friends at the 2019 March for Life in DC.

Posted in Living Peace Blog, Monthly Reflections on May 16, 2019