Aren't you tired of paying for war?

In this year of scandals and disasters, one shocking story is missing from the headlines. Did you know that two-thirds of the US discretionary budget now goes to military-related spending? Those are your tax dollars paying for weapons and war, rather than human needs.

As former U.S. President Dwight Eisenhower reminded us, “Every gun that is made, every warship launched, every rocket fired signifies, in the final sense, a theft from those who hunger and are not fed, those who are cold and are not clothed."

We are running a full-page ad in the National Catholic Reporter again this year, calling for the right of those morally opposed to war to direct that all their income taxes go solely to non-military purposes. It’s a matter of respect for human dignity; of conscience and religious liberty.

The text of the ad appears below. Will you sign on to show your support for a peace tax fund, and make a donation to help us cover the publication cost?

We are requesting $20 for each individual signature and $30 for each organization. If you can add a little extra, we’ll meet our costs sooner. We are aiming for the November 30 edition, and NCR requires a full month of lead time, so please act now by signing on, making a donation, and spreading the word through your own networks.

To sign on, contribute online by October 22 or by mail by October 15. Here’s how:

To sign on with a donation, click the Donate button below and fill in the requested information, including how you want your (or your organization’s) name to appear in the ad. Then click “Donate Now” at the bottom of the screen.

If you pay by check, make it payable to Pax Christi Metro DC, with “NCR ad” in the memo line. Send it to PCMDCB, c/o Luann Mostello, 546 Russell Ave, Gaithersburg, MD 20877, and again let us know how you want your name/s to appear in the ad.

Please, do this now. Then use the links below to help spread the word. 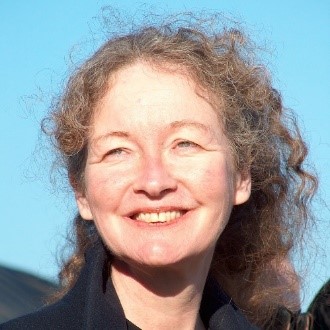 These peace heroes are on your side.

Every year, more and more of our tax dollars go straight to the military-industrial complex to bring death and devastation to other nations and profits to arms makers. Have you had enough? Then you’re in good company.

Pope Francis has spoken out many times against war and the arms industry, stating, “It’s the industry of death …. This is why some people don’t want peace: They make more money from war….”

Rep. John Lewis (D-GA) has been standing up for justice and peace since his early days with Martin Luther King, Jr. in the nonviolent struggle for equality, justice, and liberty. Since 1972 he has introduced and sponsored national peace tax legislation so people of conscience don’t have to pay taxes for weapons and war.

Bishop Thomas Gumbleton is a longtime peace advocate and supporter of the Peace Tax Foundation who currently serves on its board. According to Bishop Gumbleton, “Taxes should support the common good of all, not pay for death and destruction.”

Kathy Kelly, co-coordinator of Voices for Creative Nonviolence and another peace stalwart, says, “War tax refusal goes hand in hand with efforts to live simply, share resources, and seek service rather than dominance.”

We the undersigned support the First Amendment rights of conscience and religious liberty of those morally opposed to war and military spending. They should be free to redirect the large percentage of their income taxes now spent on the military into a separate fund to be used only for non-military purposes.

To learn more, contact the Peace Tax Foundation or Pax Christi Metro DC-Baltimore. Write your bishop and the USCCB Committees on International Justice and Peace and on Religious Liberty. Tell them to oppose the conscription of our tax dollars for war. It’s a matter of conscience!